What is Aquafaba? As fancy as it sounds, the trivial it is. So Aquafaba is the viscous canned chickpea liquid, you usually throw away when using the chickpeas. And today I am going to show you how to make a heavenly, vegan and gluten-free chocolate mousse out of Aquafaba.

The mousse just consists of three ingredients. Jap, true dat! 1-2-3! So we have

and that’s it! Curious? Read along! 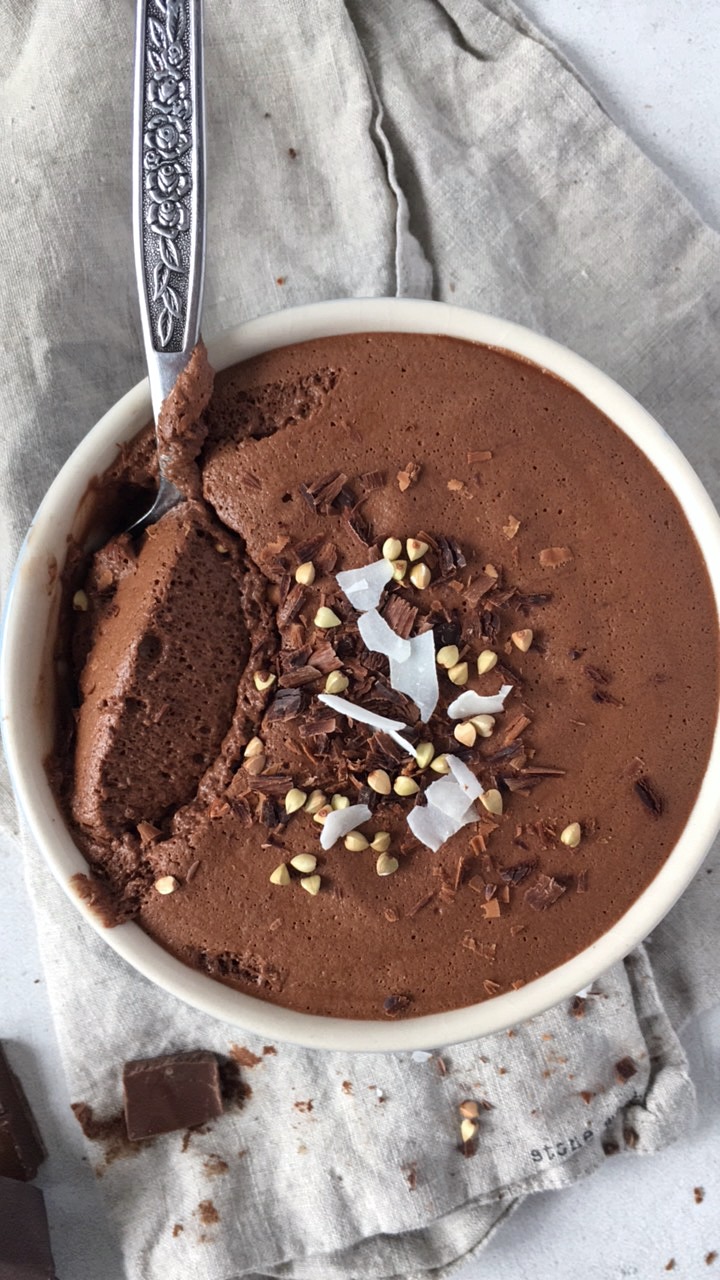 The most amazing thing for me was that extreme amount of fluffiness. You can hardly achieve this with an avocado or coconut cream based chocolate mousse. Aquafaba when mixed, slowly transfers into a white fluffy mass that can be used in many different ways.
According to the official Aquafaba site (yes something like that exists ;)) „Aquafaba can be used to replace egg whites in many sweet and savory recipes. Its unique mix of starches, proteins, and other soluble plant solids which have migrated from the seeds to the water during the cooking process gives aquafaba a wide spectrum of emulsifying, foaming, binding, gelatinizing and thickening properties.“
– 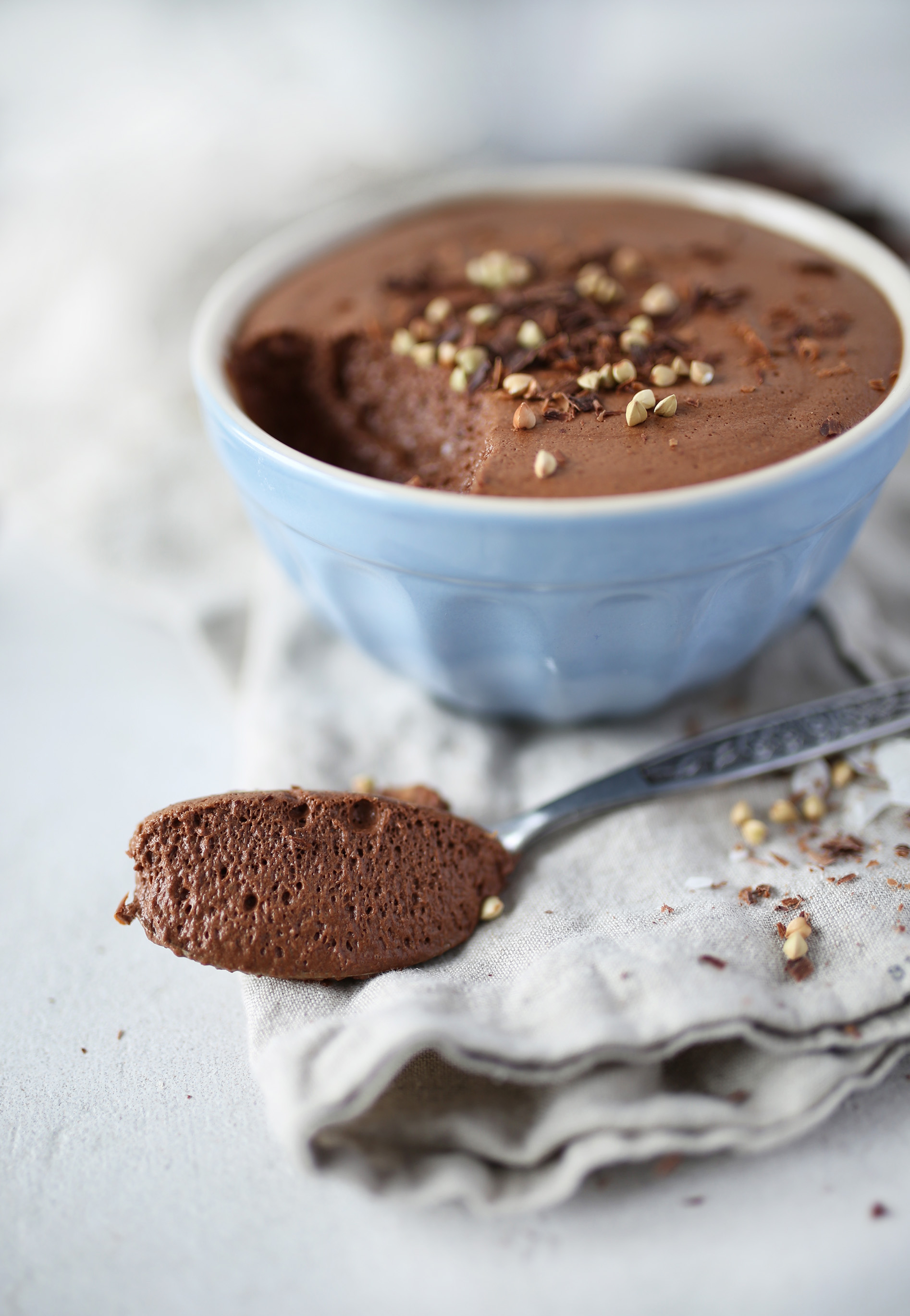 Further, Aquafaba being very low in calorie, this dessert is not going to ruin your summer body. Well, I mean it wouldn’t anyway, because as we learned: Chocolate goes straight to the heart and nowhere else!

Talking about chocolate, do me a favor and use a good quality brand for this recipe. The recipe’s success kind of depends on a great chocolate. Also, check out my latest version of the mousse where I topped it with vegan coconut whipped cream! Delicious!

I hope you’ll be making this delicious vegan chocolate mousse soon soon! Don’t be afraid of working with Aquafaba ???? I would be very happy to see your own version on Social Media! Share it with me on my on Instagram @vanillacrunnch or leave a comment here!

Note that if not using a strong blender or mixer you might have to mix the Aquafaba longer than the recipe instructions says. (see comment below)

Tip from my friend Lynda: „I find that beating the aquafaba cold works much faster to bring to peaks. I also added the maple syrup to the bean juice before beating so it would not seize the chocolate. Used vanilla beans instead of extract. Turned out awesome!“