Are you looking for a healthier vegan „Cini minis“ alternative? Try these veganized homemade Cinnamon Crunch Flakes with less sugar and no additives. 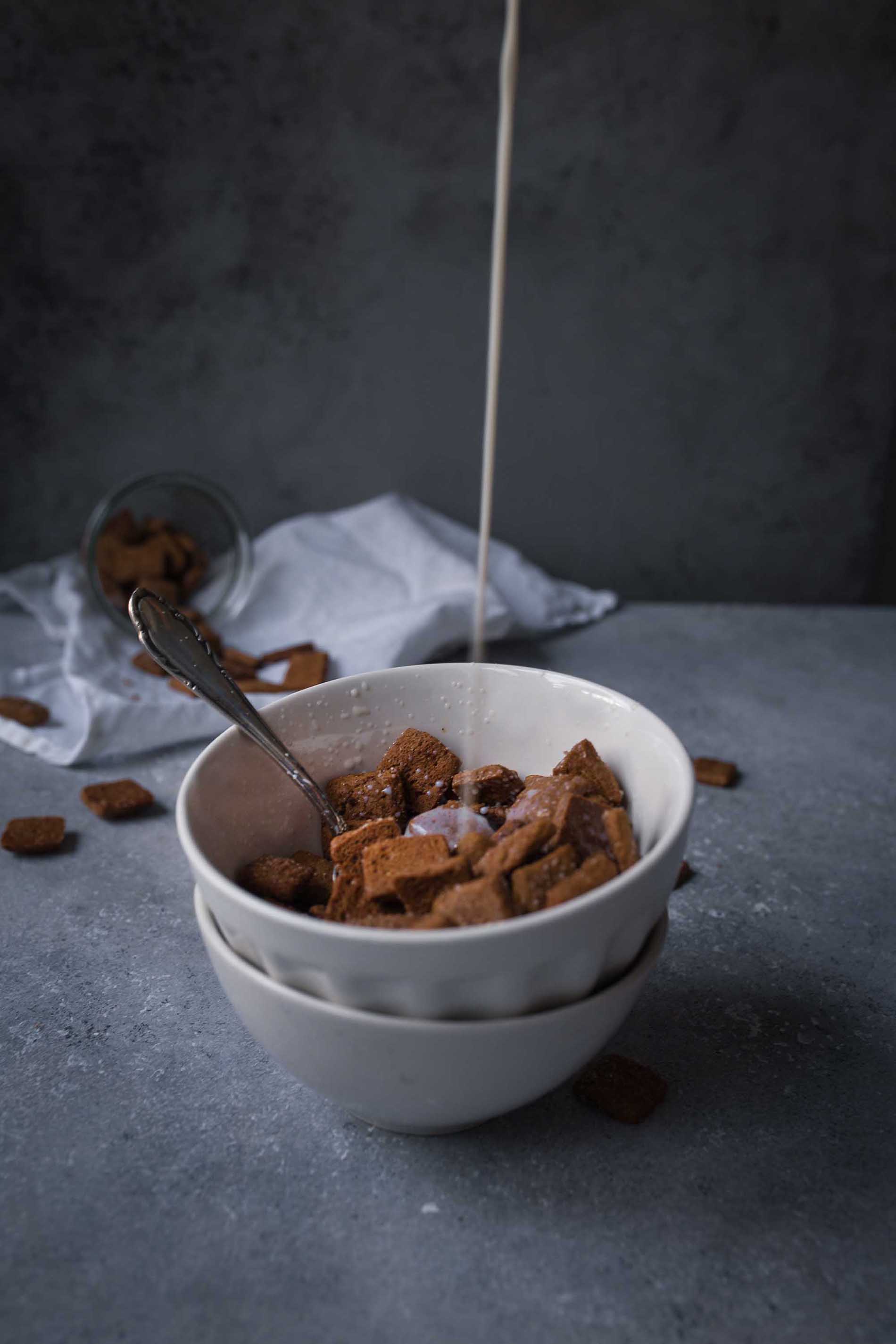 Cini Minis ALWAYS reminds me of my childhood. After school, I came home and I could not imagine a better thing than eating bowls of Cini Minis, while watching Pokémon. I think it is this cold milk and cinnamon combination that totally drives my taste buds nuts. in a good way! 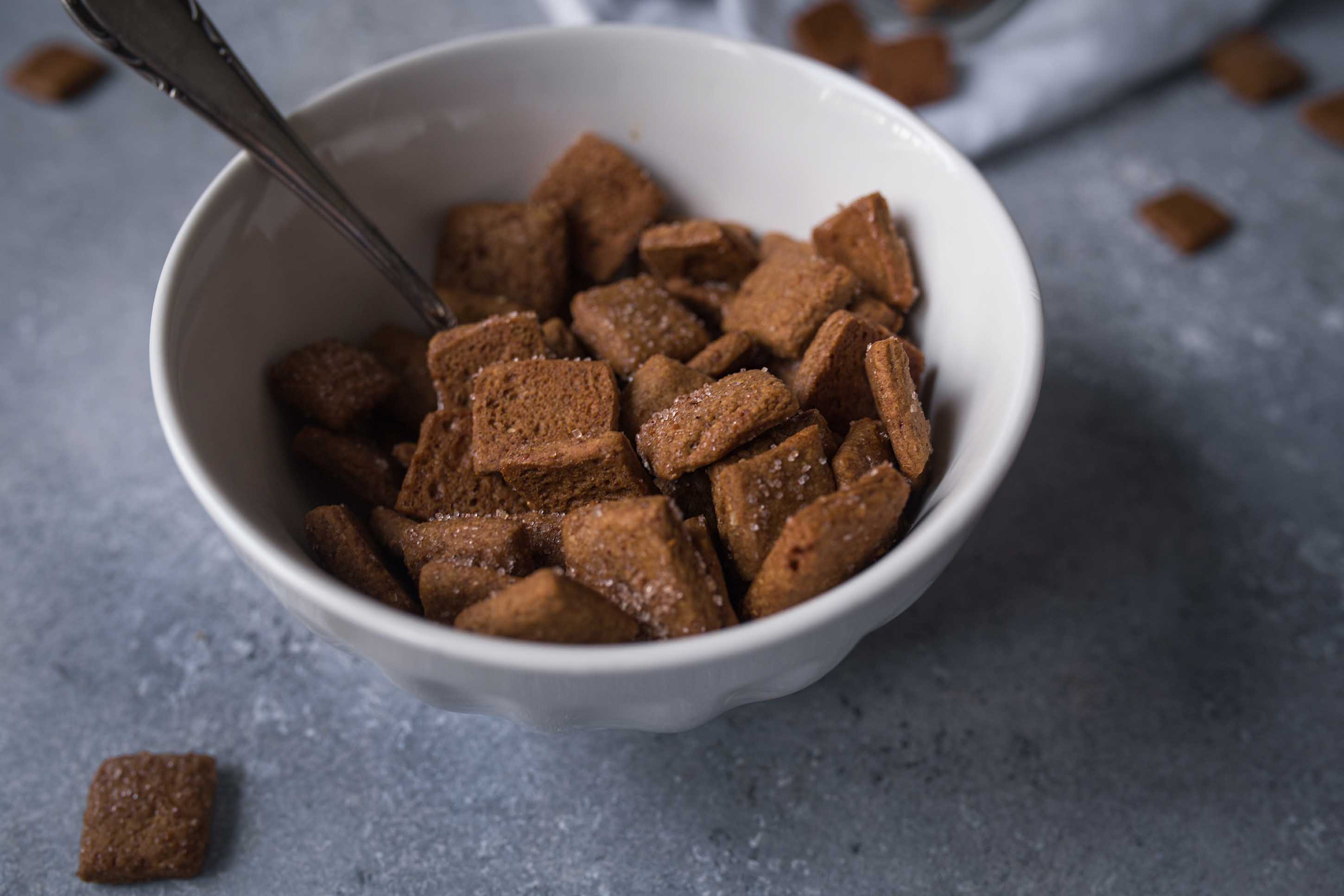 Now, why did I made my own „Cini Minis“ you might ask. Well, I am not really fond of the high amount of sugar in them. The second mentioned ingredient on the packaging is sugar. And that is not all, they also contain dextrose, maltodextrose and glucose syrup. A real sugar cocktail!

Well, I said, let’s invest 30 minutes of my time and make a sheet of Homemade Vegan Cinnamon Crunch Flakes aka „Cini minis“.

To make the dough I used spelt and chickpea flour but I am sure that you could substitute these with other flours. Just experiment! When you roll out the dough, make sure you really roll it out thin enough, otherwise, your cinnamon flakes will be more like cookies (which actually isn’t a bad thing after all)

Do you also love Pinterest? You can find me under my name Vanillacrunnch

Alright where are you all your Cini Minis Cinnamon Freaks? It is now your turn! I am looking forward seeing your creations on Instagram (Tag me @vanillacrunnch ) or you can leave me a comment here.