Stop looking for the perfect vegan Tiramisu recipe! Whether you’re a vegan or simply want to try an innovative recipe without dairy, you are going to love this one!

This Raw Vegan Coffee Tiramisu is made just with natural ingredients, dairy-free, gluten-free and can be made entirely raw. 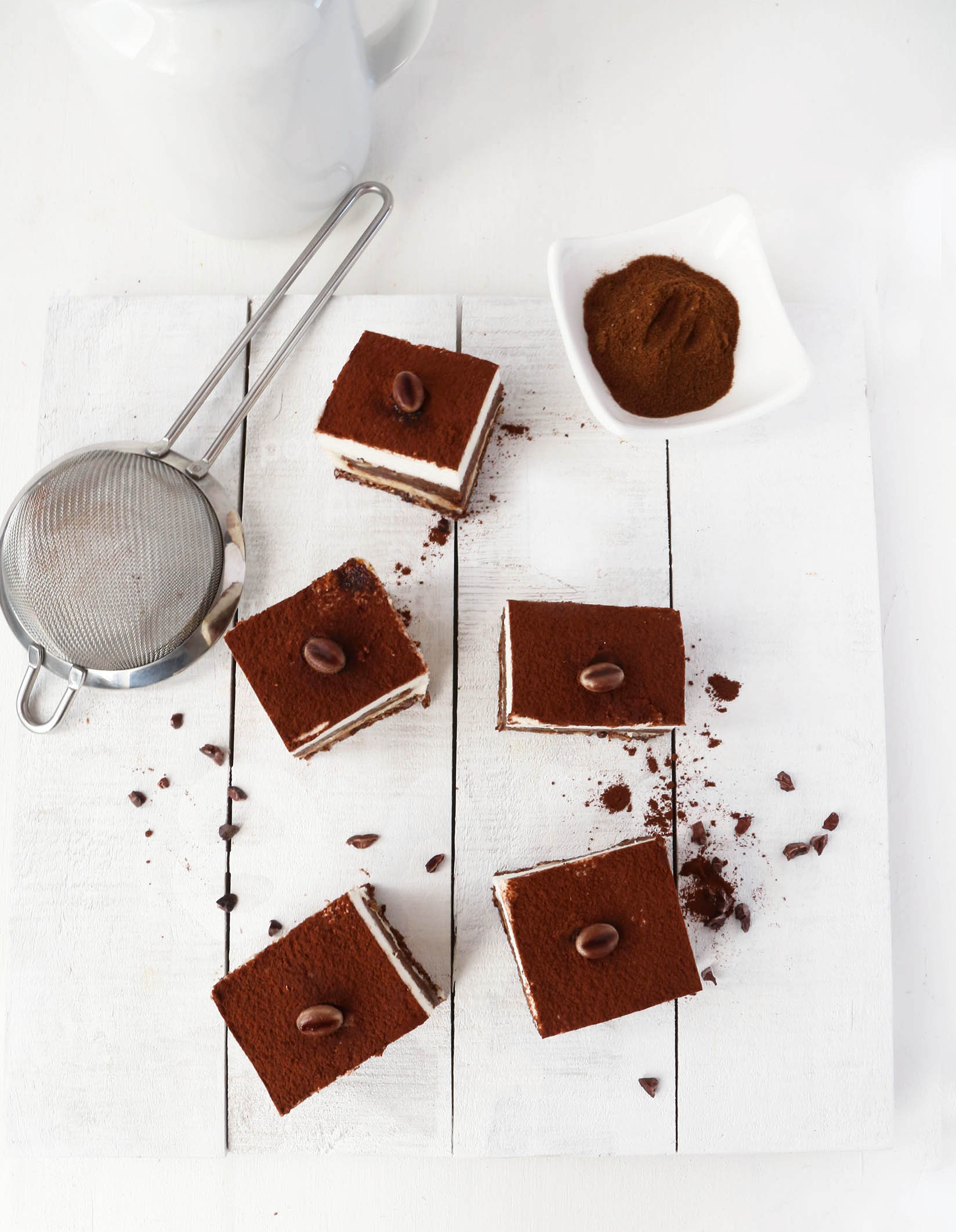 I wanted to try a vegan Tiramisu for ages! I found a lot of recipes made with tofu but, to be honest, I wasn’t really convinced about it and I am not that familiar working with tofu for desserts.

When I started creating the recipe I was a little bit nervous as I have a lot of Italian friends and I knew they would laugh at me. The fact to make a tiramisu raw and vegan sounded like a bad joke to them. The more they were joking the more I was encouraged making it without dairy and eggs.
One of the main difficulties I encountered was the perfect recreation of the creamy texture of the mascarpone cheese. I felt like using just soaked cashew would not do the trick and therefore, I made a mixture consisting of MACADAMIA NUT CREAM AND COCONUT CREAM. The cacao butter then holds the texture together. As you might know, Tiramisu is a very sweet dessert. I made the first version just with vanilla extract and agave syrup and found that the cream part could be sweeter. I added about 1 tsp of liquid stevia and it was so worth it! The reason why I chose stevia is because it is neutral in color and I wanted the „white“ layer to be as white as possible. Of course, you can use any other liquid sweetener of your choice. 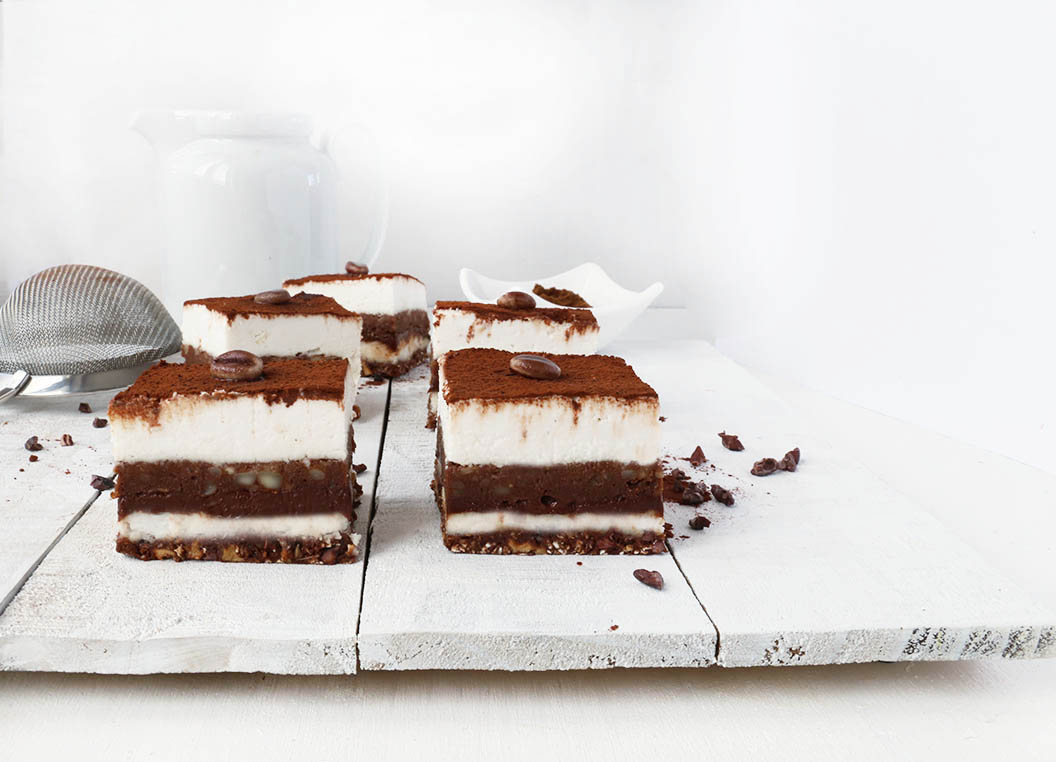 For the middle layer in my second version, I added some homemade Nutella spread between the white layers and it was heavenly! I recommend trying it in order to have a coffee-chocolate raw tiramisu. You can find three different Nutella recipes here if you want to make it on your own or you simply use a store-bought one. 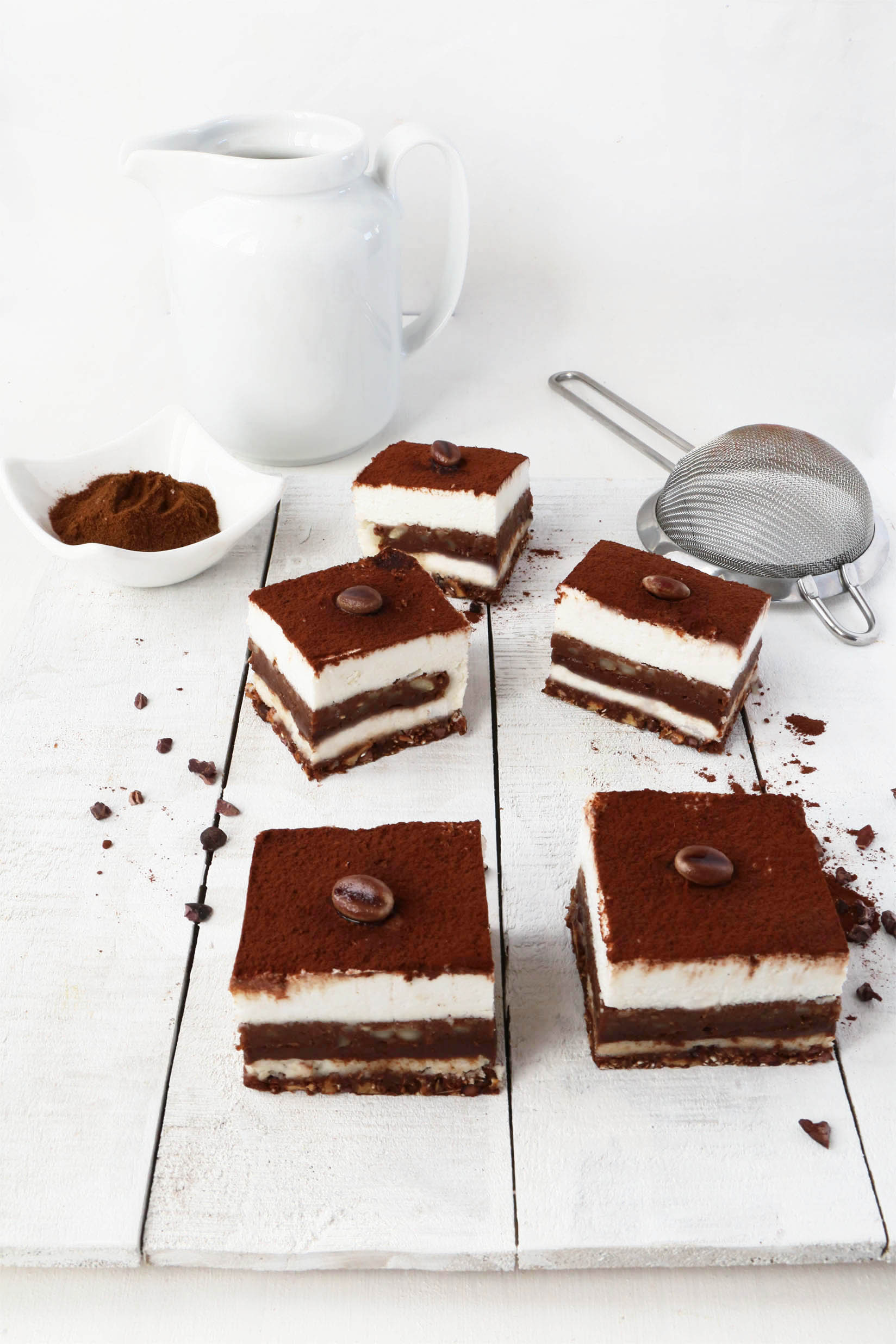 Once you’ve done with your true Italian tiramisu creation, you want to store it in the fridge. Just keep in mind to take it out 10-15 minutes before serving, so it gets the perfect soft texture.