What better way to start the day than with a dish that’s warming nutritious and pretty in colors?
This simple amaranth and millet blueberry porridge will keep you full for hours. 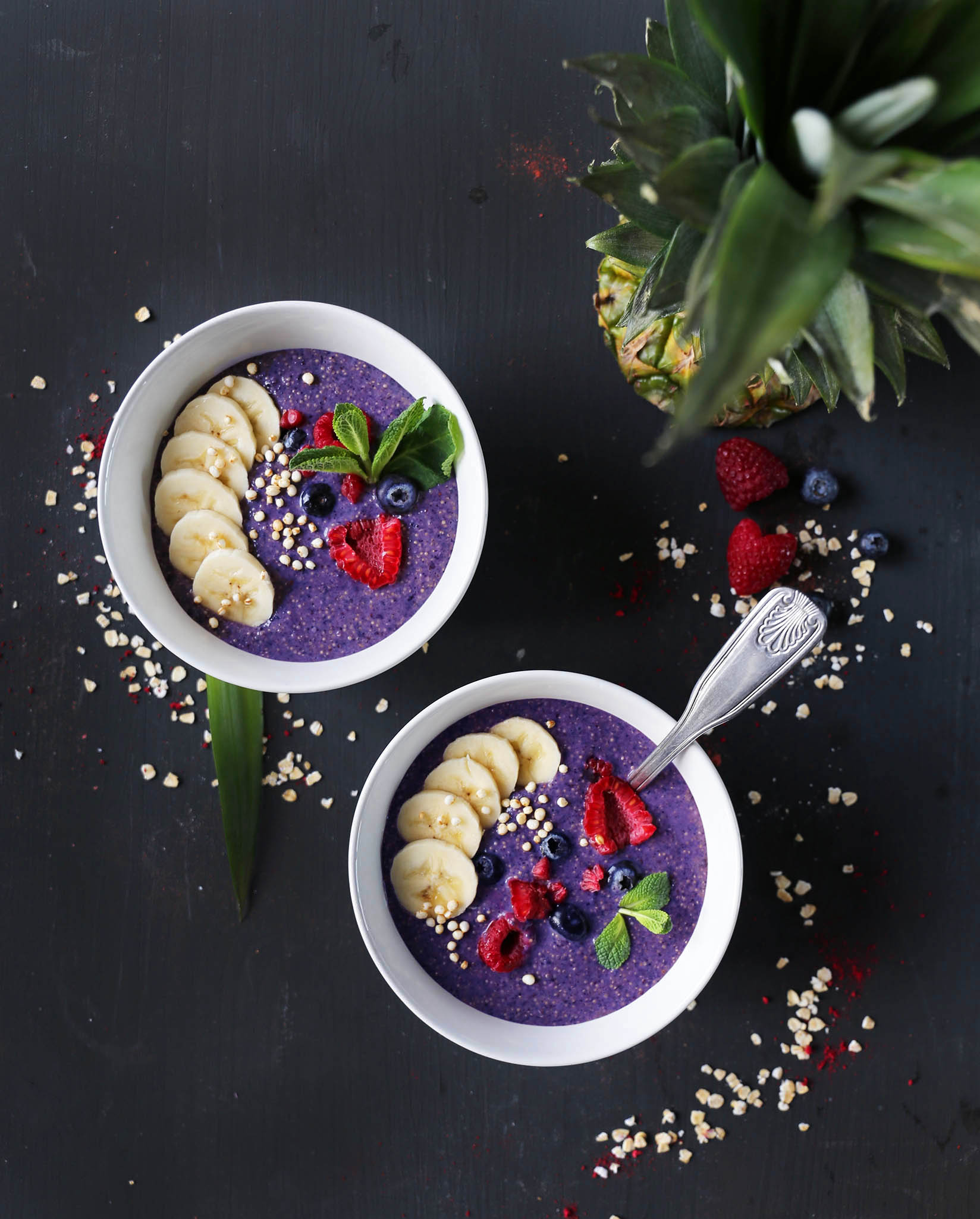 Sunday morning and I literally just put everything I had in a bowl, recognizing that I am running out of millet. Well, since foodmarkets are closed on Sundays (Yes, that is the case in Switzerland ;)), I needed to come up with another plan. I thought well why not adding some amaranth and mixing these two grains together. HAHA, I really like the result as the amaranth is the full opposite of the mushy consistency of the millet and you have this extra crunch in your mouth!
Infused with blueberries, cinnamon and vanilla this makes a super comforting winter breakfast, that feeds you with a lot of nutrients and vitamins. 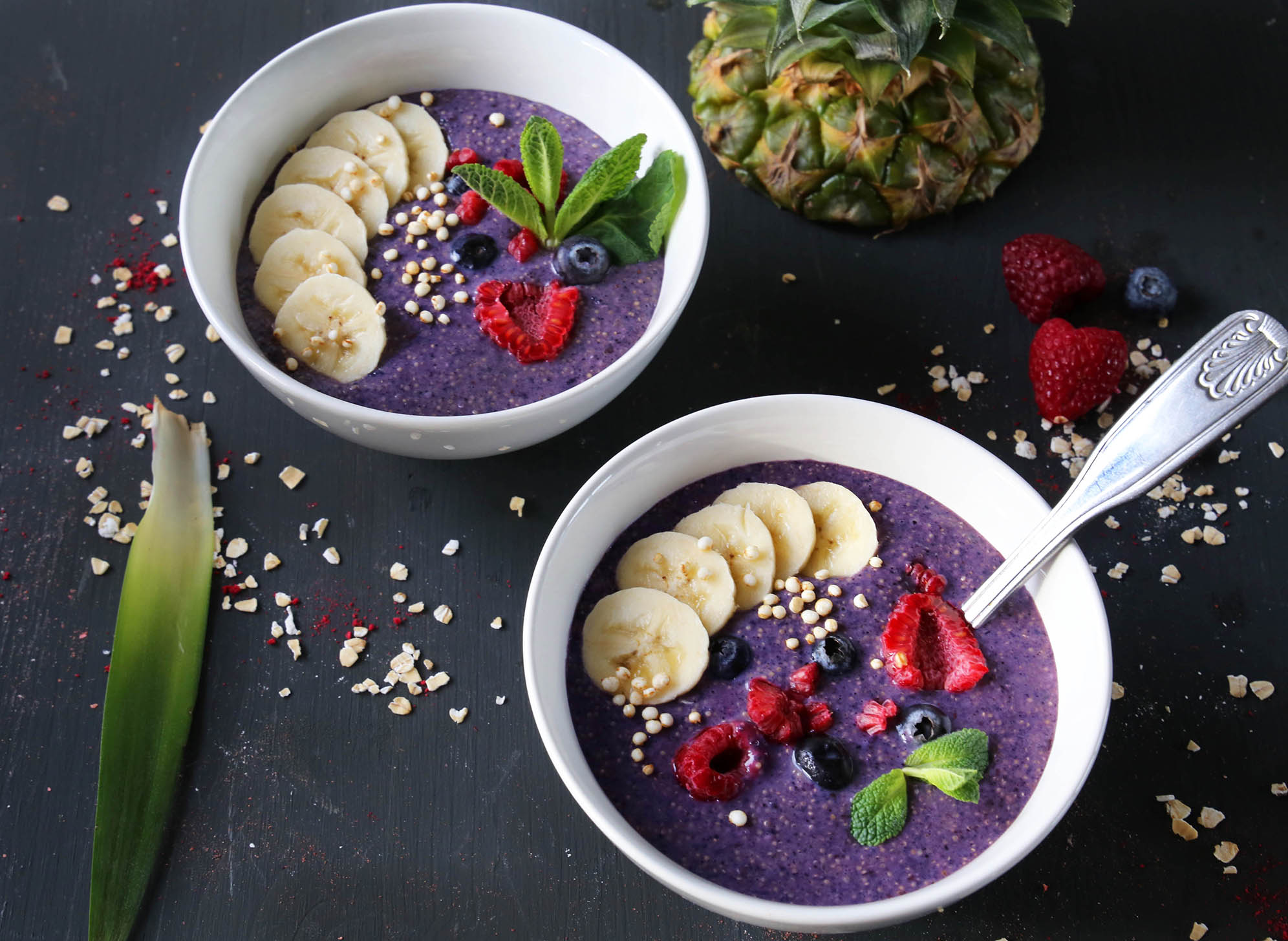 In this recipe, you can totally substitute the for any other milk and the agave syrup for any other sweetener. (e.g. molasses, coconut nectar, maple syrup, stevia etc.) To get that super beautiful lilac color, I added some dried blueberry and Acai powder to intensify the color. 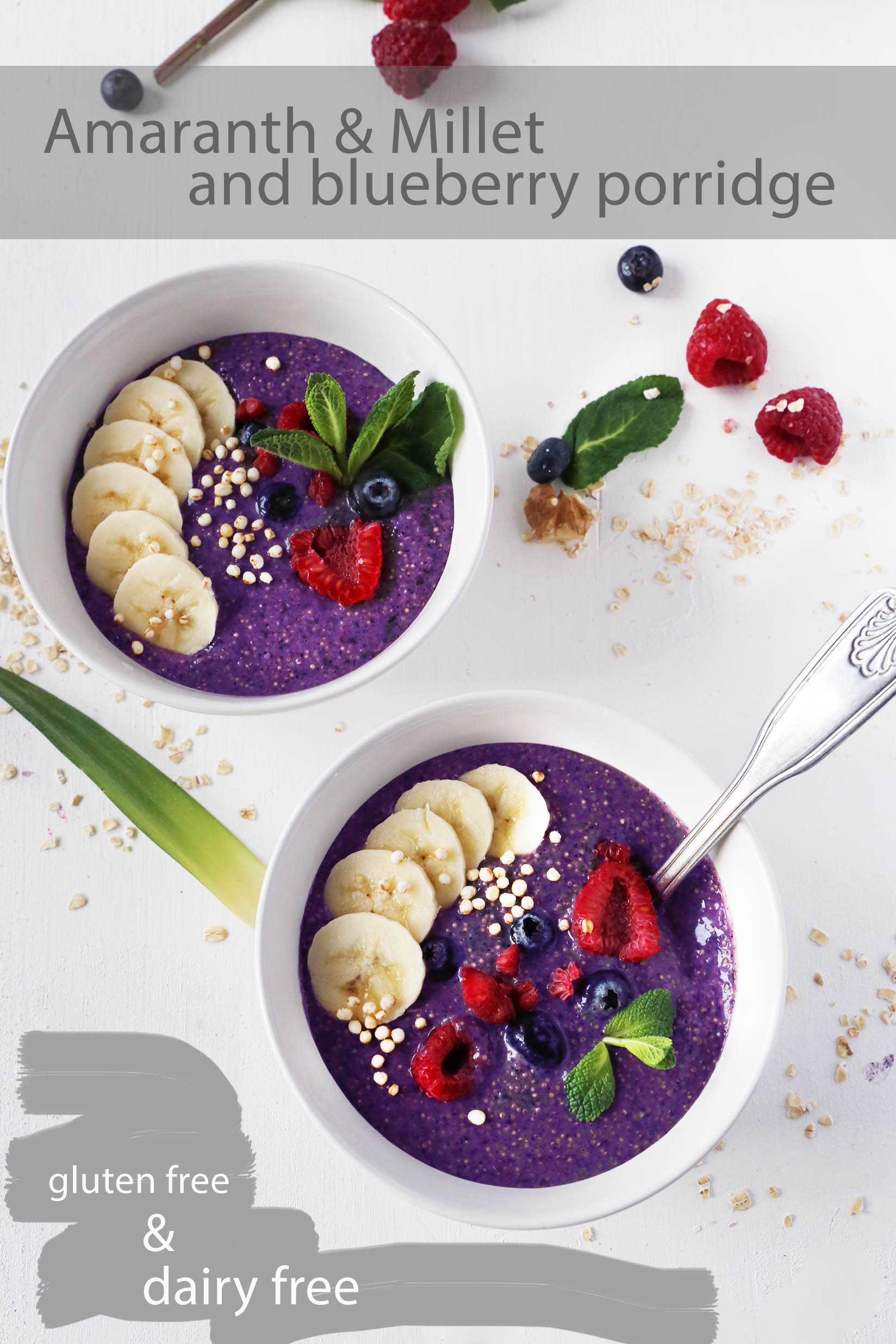 I am actually wondering whether this would work with strawberries for summer? Imagine it with orange zests and fresh ginger! HELL YES! To strawberry porridge and summer!