This traditional Jewish bread called Challah is veganized and made with Aquafaba instead of eggs. A sweet and a savory version to try for Easter. 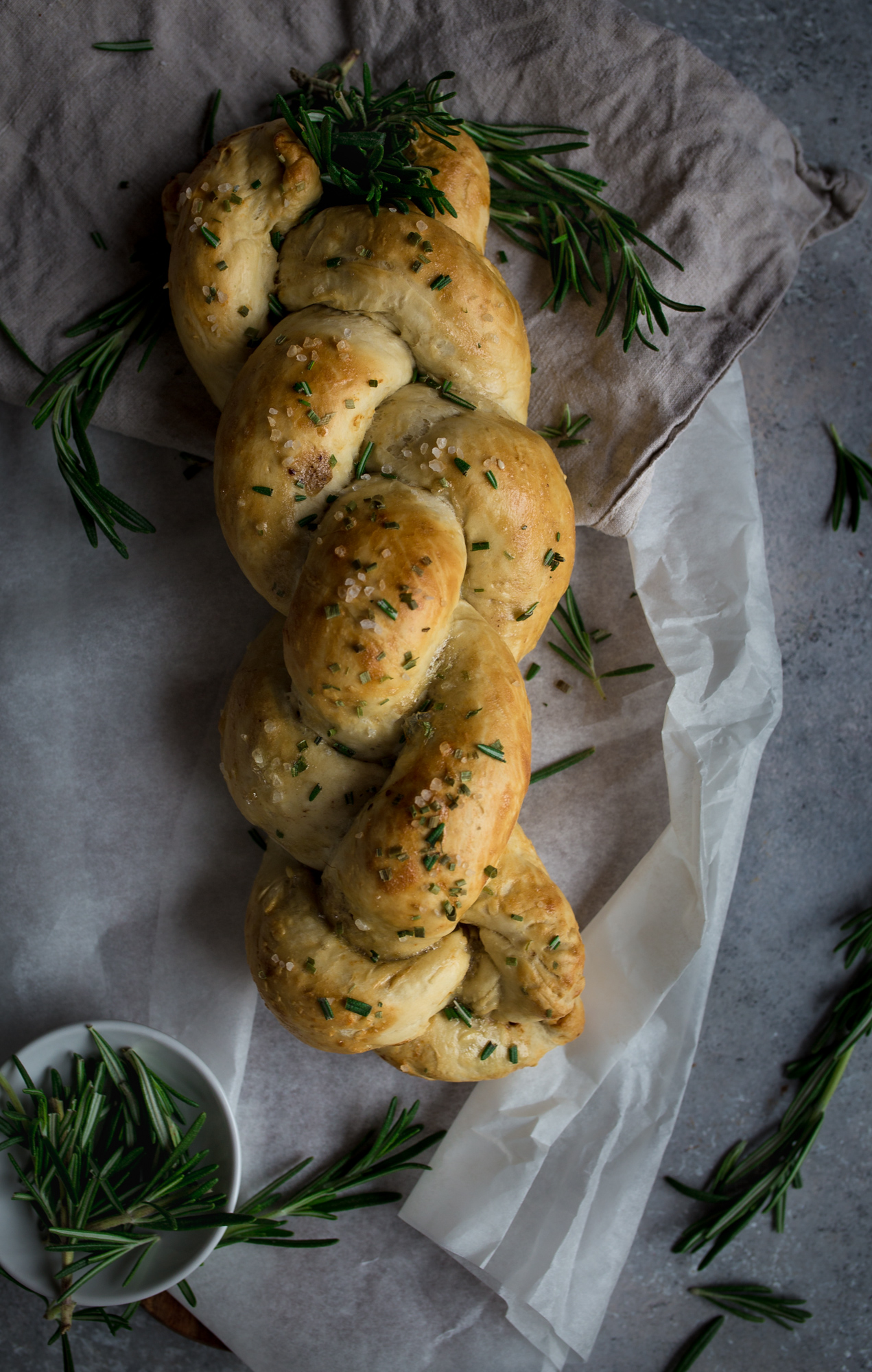 To be honest, I stumbled upon this expression challah and was curious what kind of bread it is. When I dug deeper I found out that I actually already knew it because it is so similar to the traditional Swiss bread called „Zopf or „Züpfe“. I used to eat Züpfe like crazy when I was a kid! So, veganizing such a traditional and authentic recipe seemed quite hard and especially the question of eggs gave me a hard time. 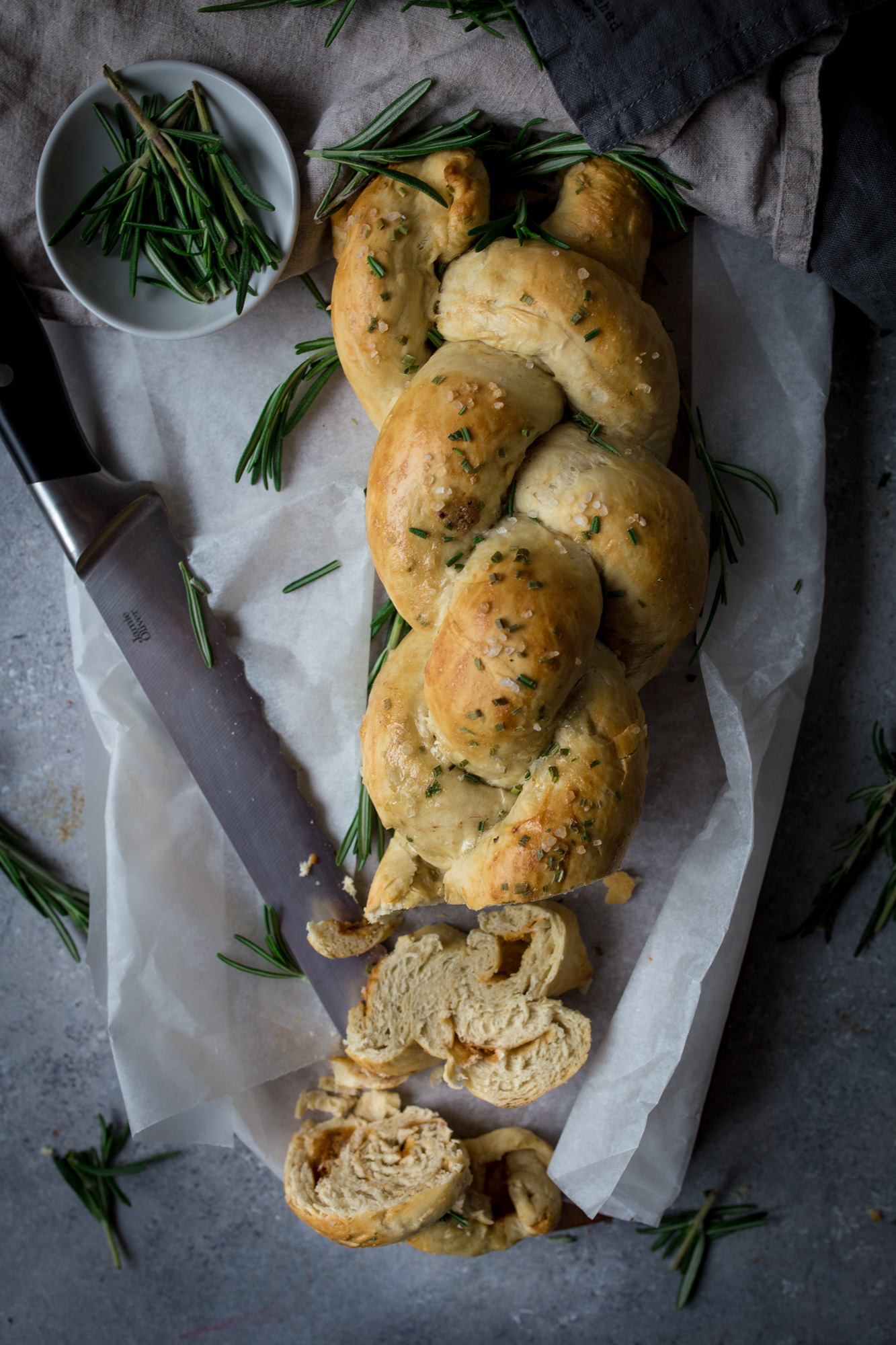 My plan was the following: 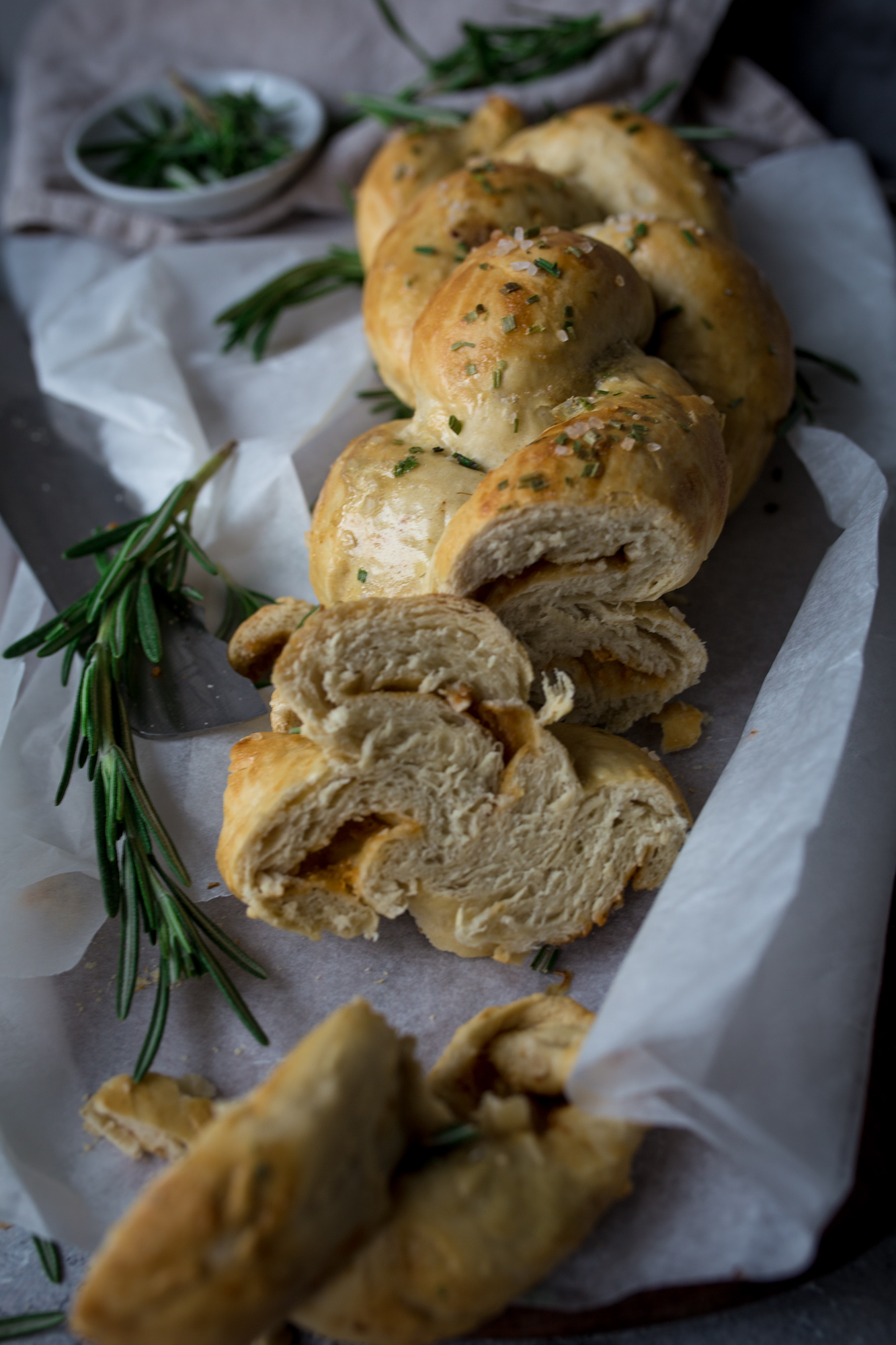 Spoiler Alert: The Challah’s turned out really nice and I am very happy with the sweet and the savory version. At the bottom of this post you’ll find the basic dough recipe. As for the filling, I simply blended some herbs, oilve oil and miso paste for the savory one, and I’ve put broken dark chocolate pieces into the sweet one. The method and ingredients for the „Aquafaba-brush“ are also in the recipe box below.

Oh and if you wonder about the zero-calorie comment. After 20 minutes of intense kneading, you’ll have burnt all the calories that this bread actually contains 🙂 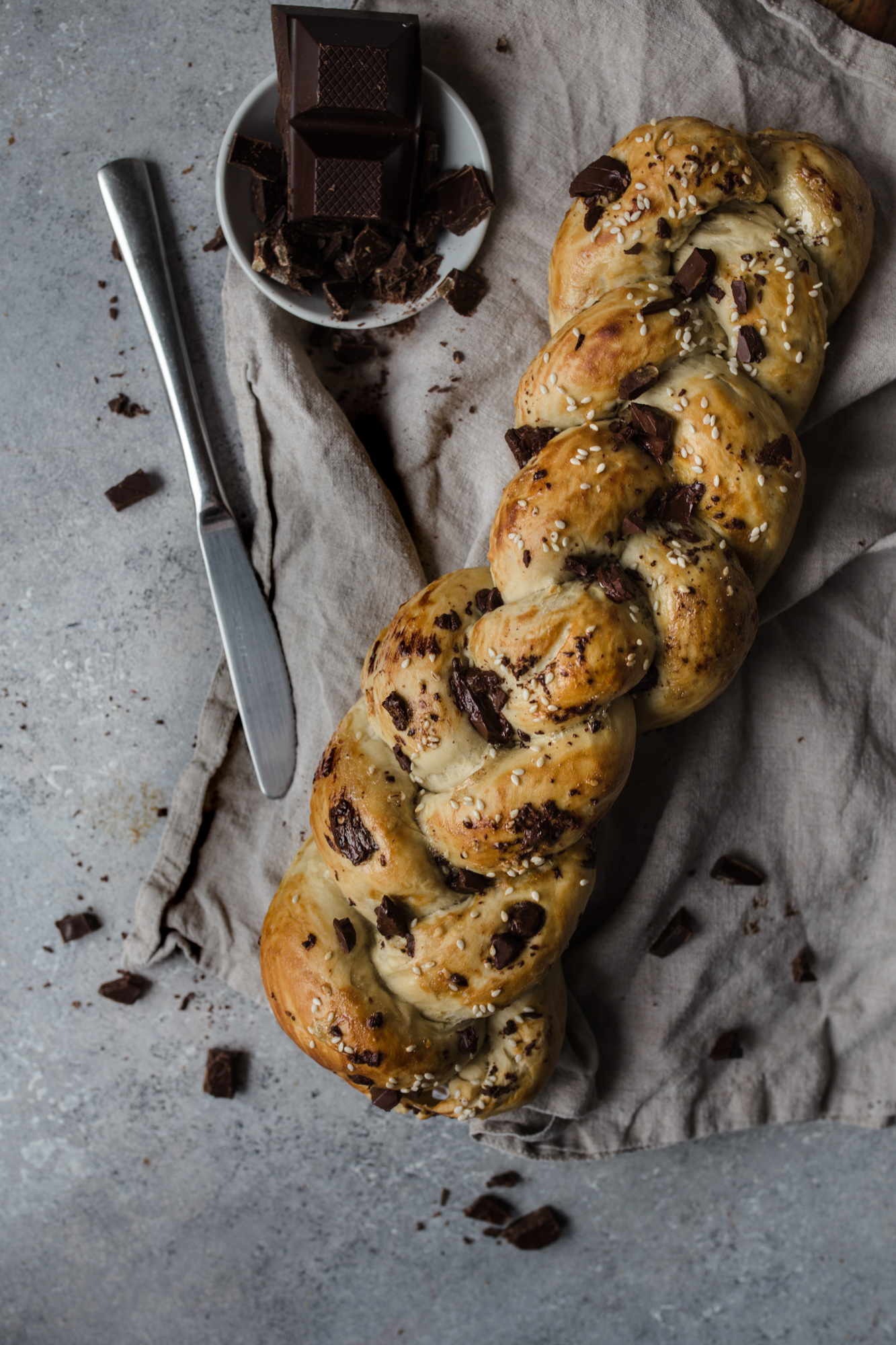 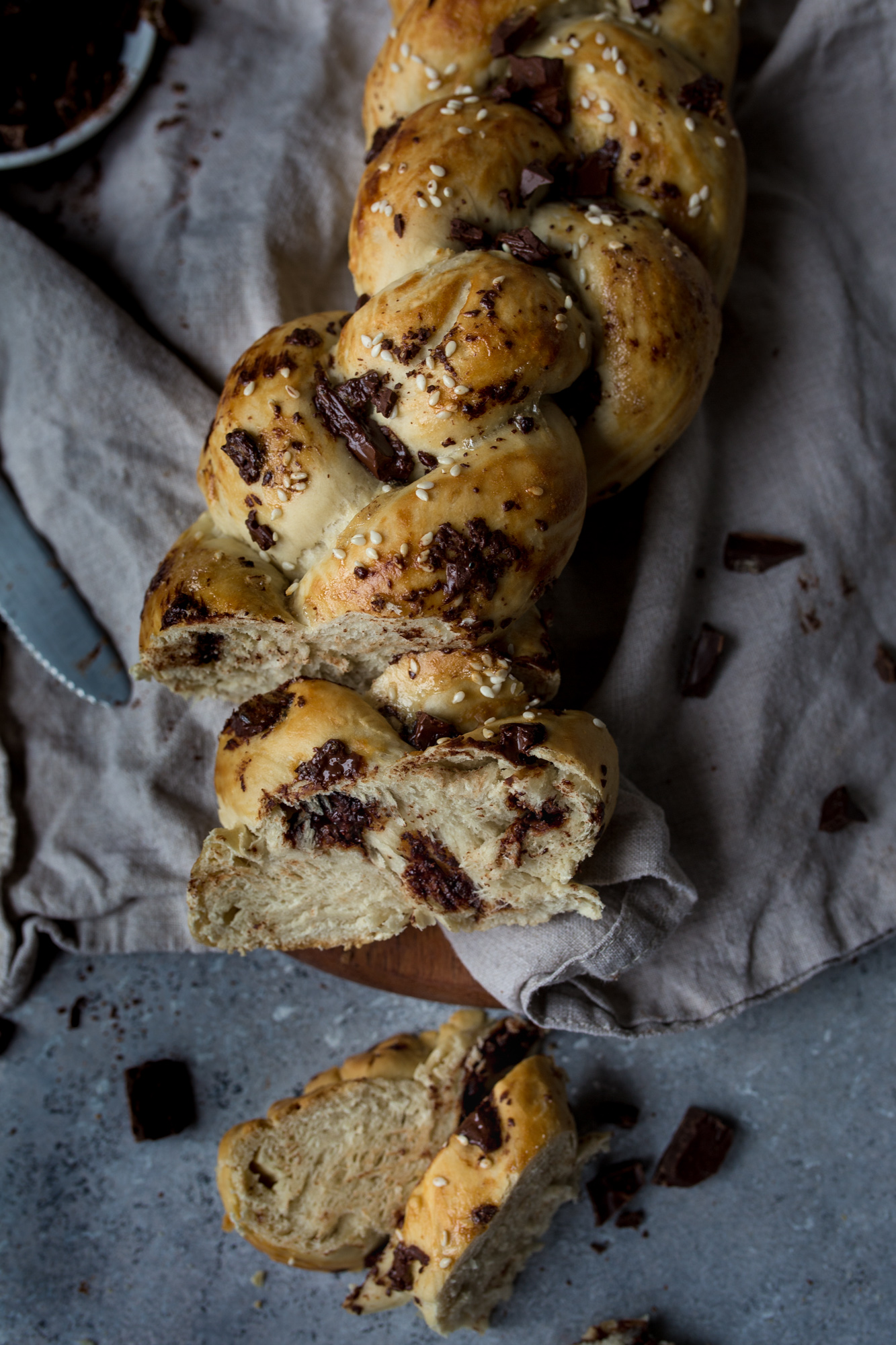 If you have time make them for easter, or you can save the picture below to Pinterest and find the recipe later 🙂 You can find me under my name Vanillacrunnch

I am looking forward seeing your creation on Instagram (Tag me @vanillacrunnch ) or you can the hashtag #bakingwithvanillacrunnch or and leave a comment here and put a smile on my face.