Finally waffles again! And this time the best thing is not that they are vegan and gluten-free but the heavenly rhubarb raspberry compote on top! 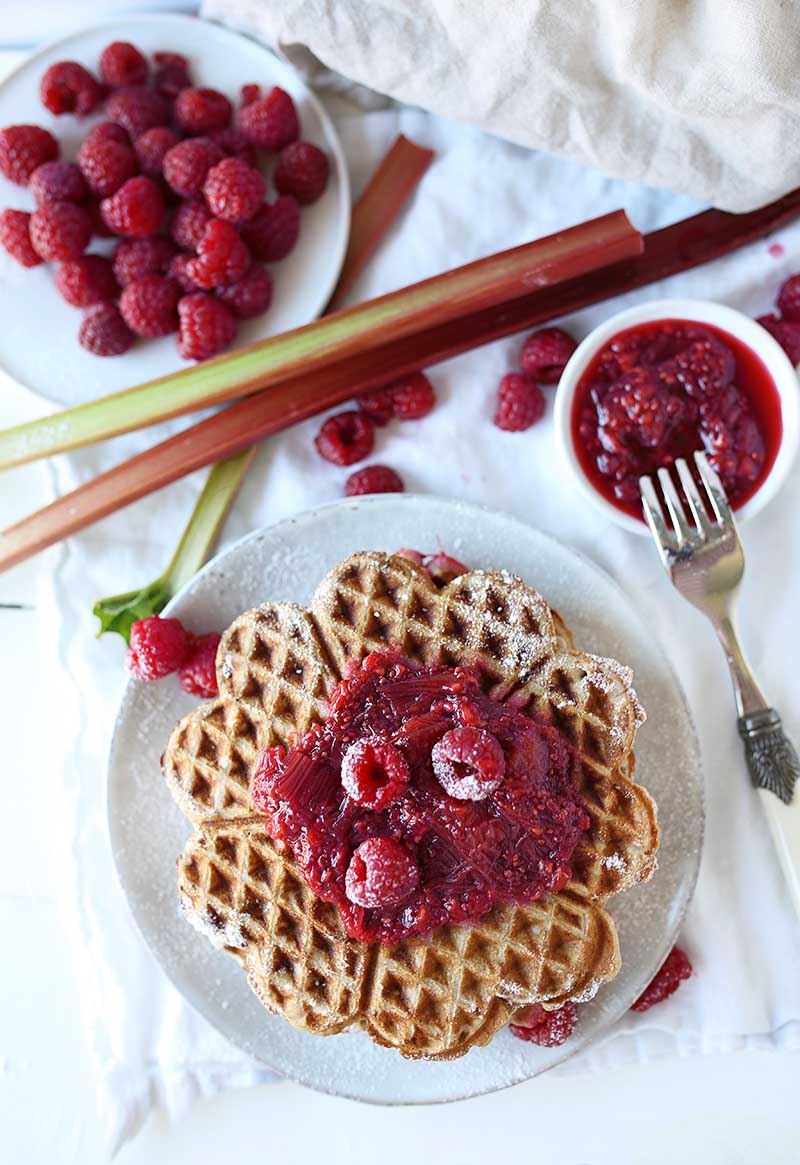 So let me present you my „Vegan Buckwheat waffles with a rhubarb-raspberry compote“. The recipe is actually super easy and due to the fact that you are going to use buckwheat flour without gluten, the waffles will not stick to your iron as much as other waffles with a plain flour might would. Waffles have been judged as an unhealthy breakfast like forever, but with this recipe, they are actually as healthy and nutritious as any oatmeal or smoothie. 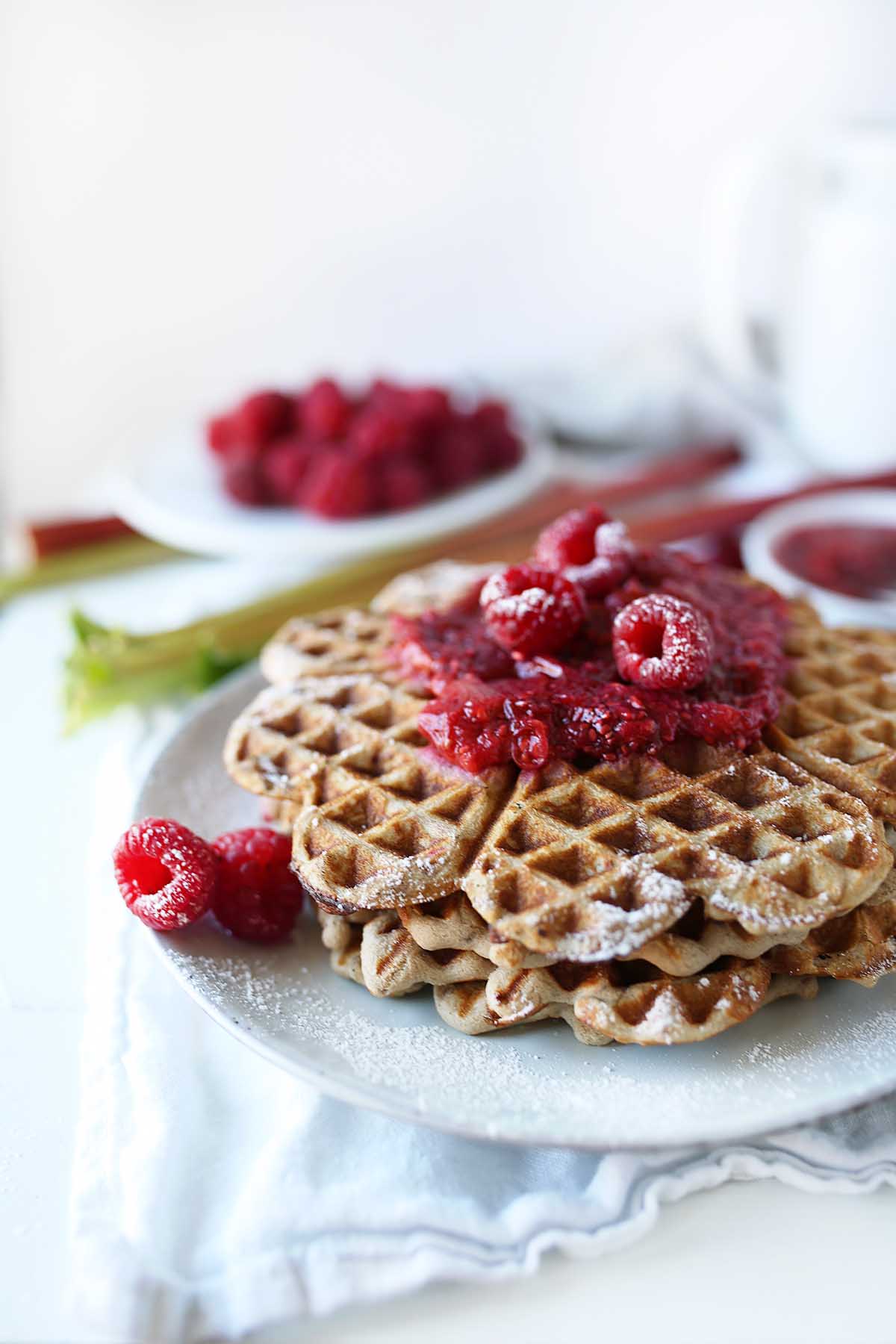 For the compote, I decided to use rhubarb and strawberries and agave syrup to achieve a sweet and sour taste. Further, I added a tablespoon of chia seeds to make the compote thicker and more like jam. I give you the advice to let the compote cool down as it will get more solid once cooled down. You can add more or less syrup but for me, this was perfect as the waffles itself are not really „sweet“ by themselves. 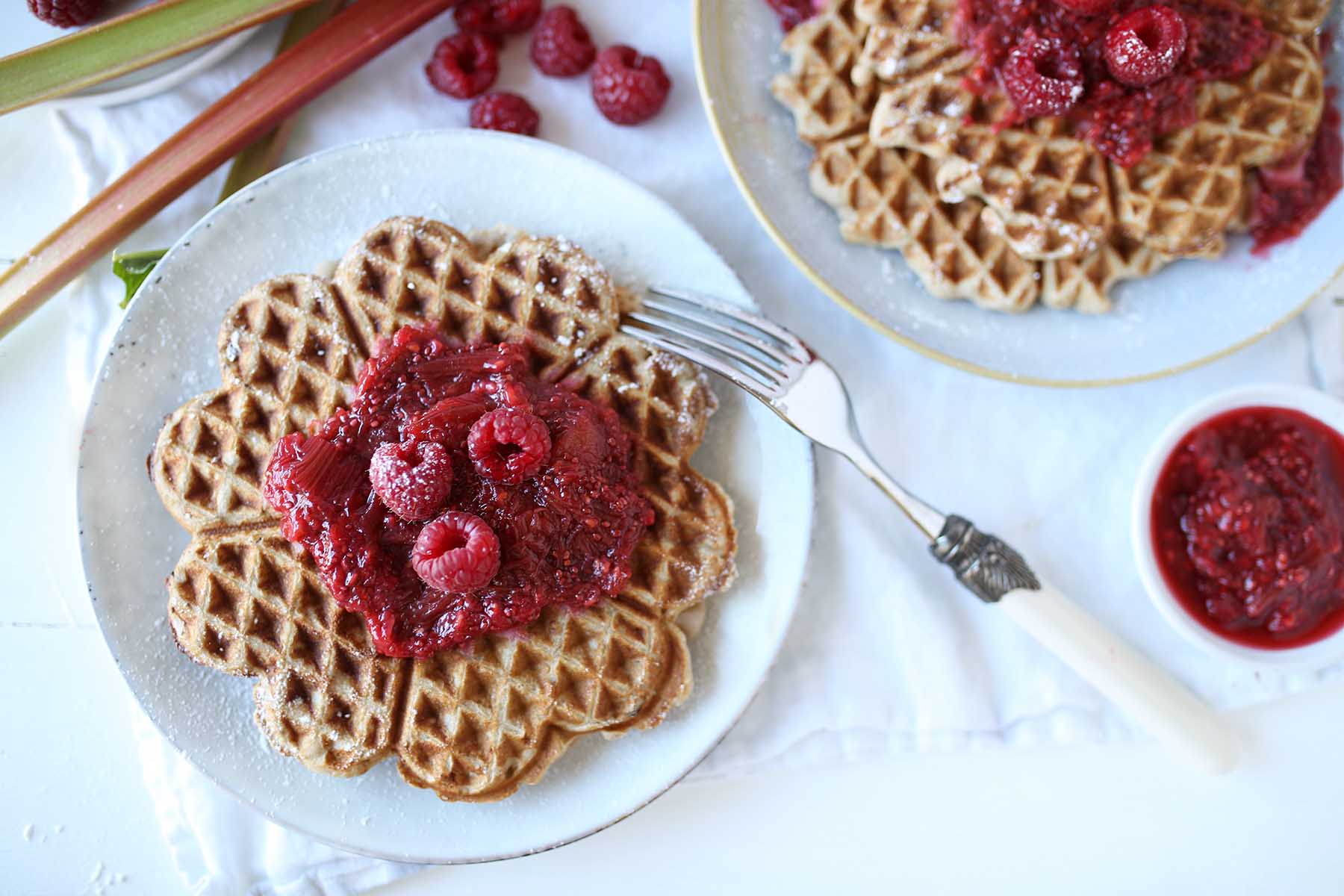 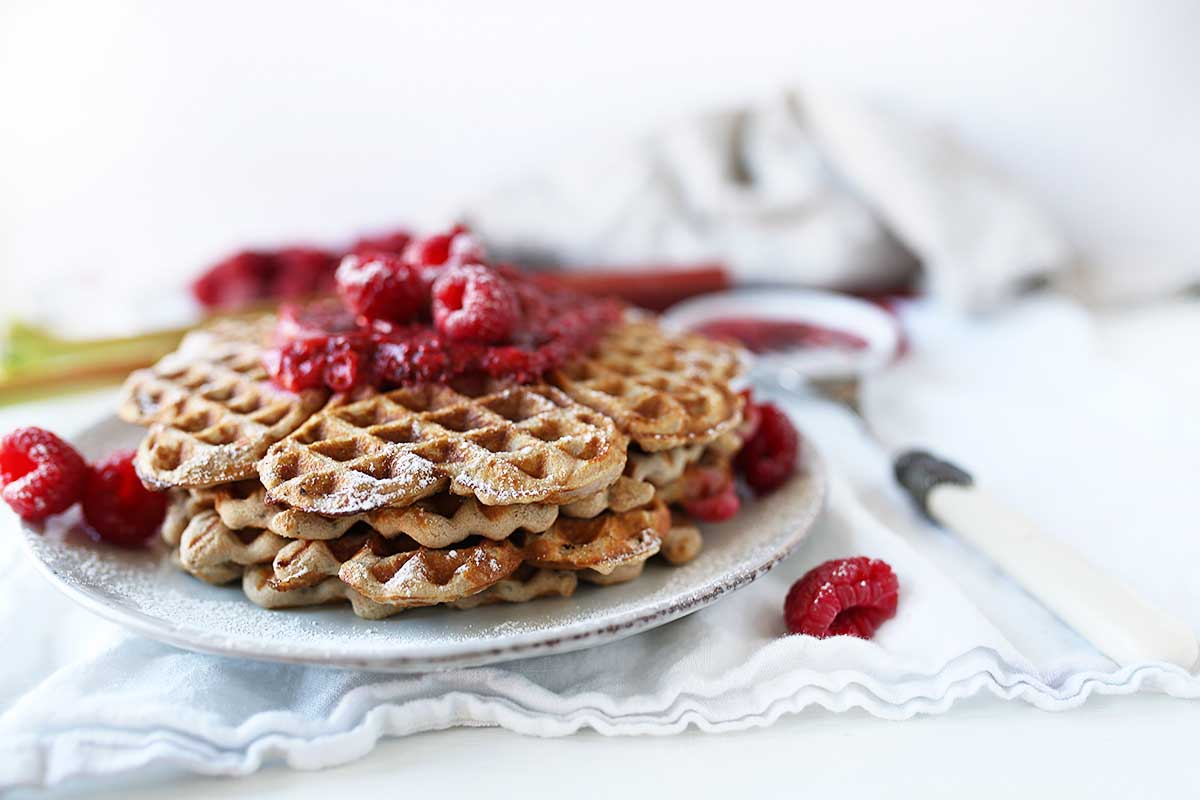