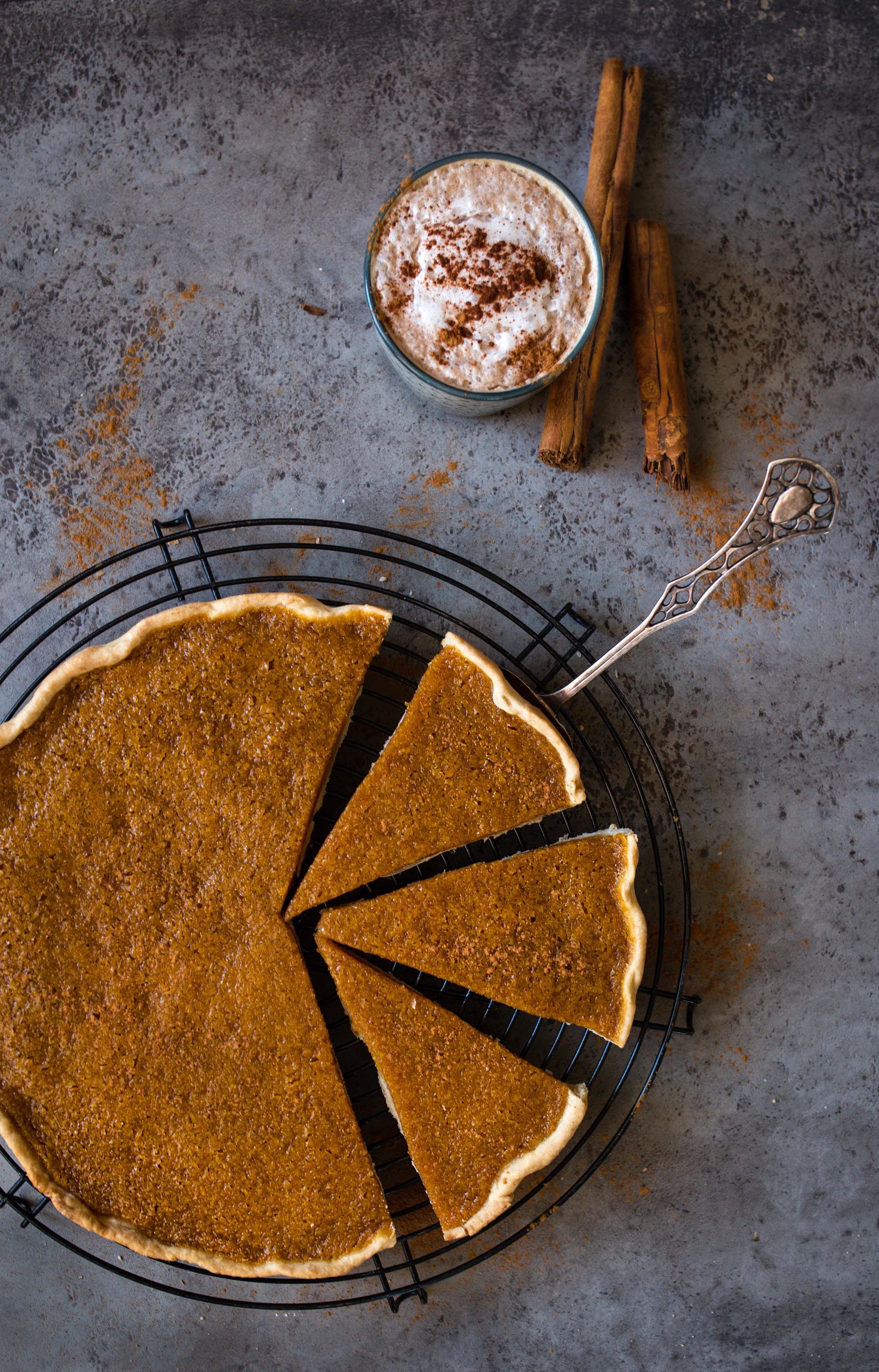 I’ve always been a little hesitant when it came to pumpkin pies. I love pumpkin in savory dishes but having it in a pie? Well, this year I thought I’d give it a go and created THE easiest vegan Pumpkin pie you’ve ever made!

I think the part that takes the longest is steaming the pumpkin. But at that time you can easily prepare the crust. This is a super simple vegan crust made with flour and vegan butter. Guess there are tons of them on Instagram. I also tried it with coconut butter but personally liked the taste better with vegan butter.

For the spices, I added cinnamon and cardamom but feel free to go crazy and add whatever you think matches this pie. I actually think that a thin dark chocolate layer over the crust would be magic. But hey this is just a chocaholic talking so take me for serious 😉 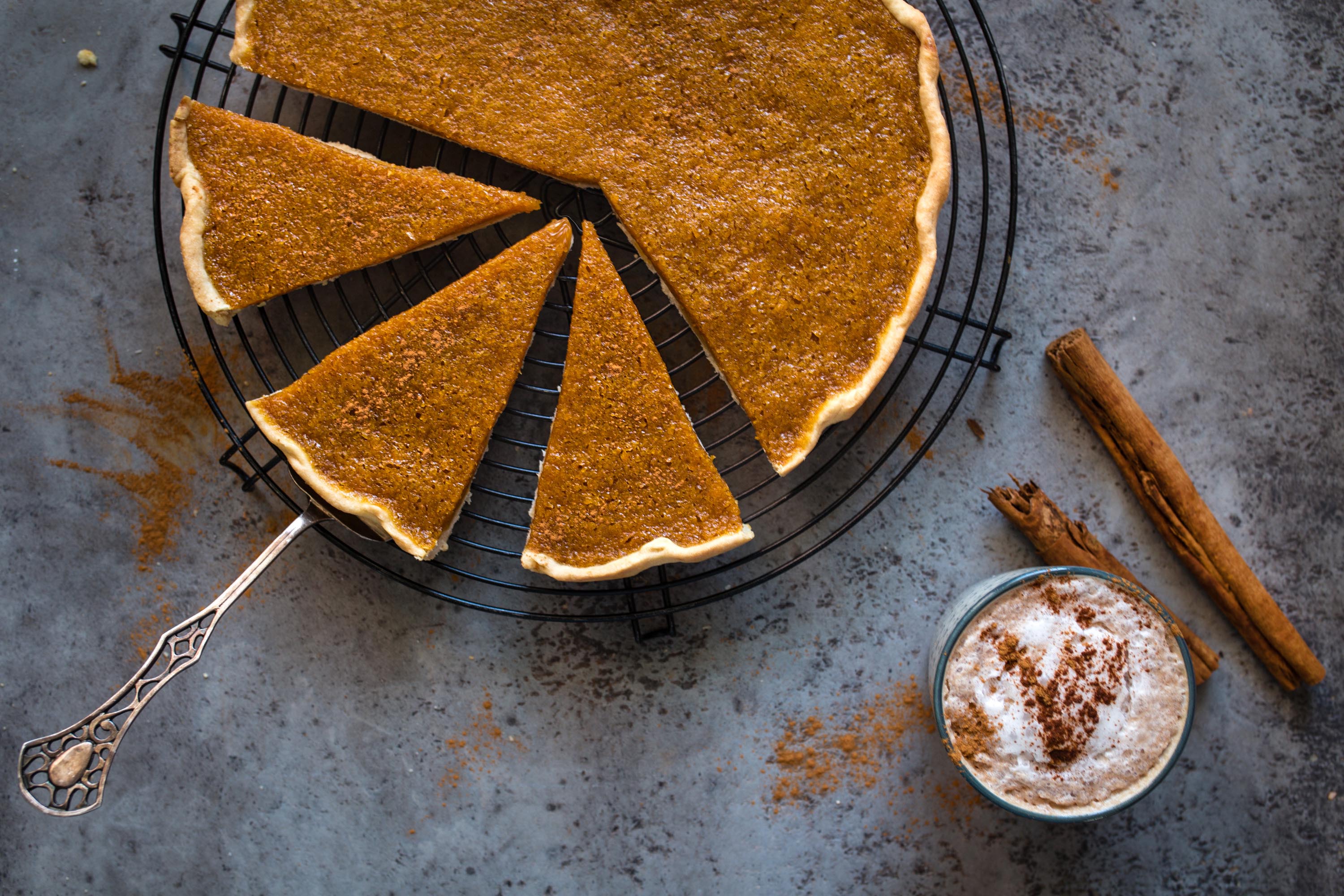 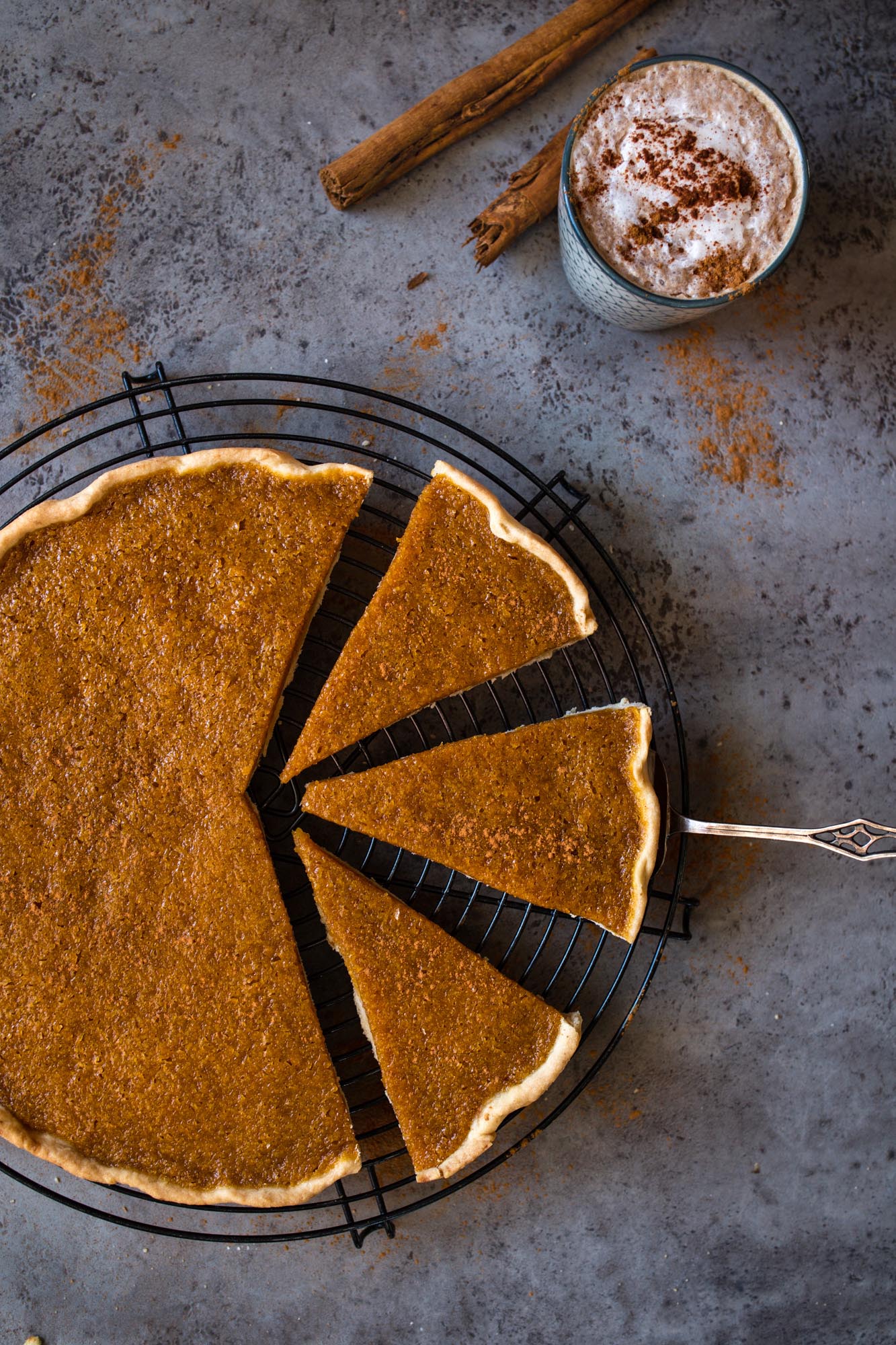 If you have time I recommend making this vegan Pumpkin pie asap or at least before Halloween ;), otherwise you can save the picture below to your Pinterest Board and find the recipe later 🙂 You can find me under my name Vanillacrunnch if you are interested in seeing my Pinterest boards for inspiration

I am looking forward seeing your creation on Instagram (Tag me @vanillacrunnch ) or you can use the hashtag #bakingwithvanillacrunnch or and leave a comment here and put a smile on my face. 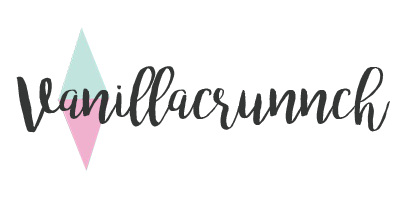 5.0 from 2 reviews
The easiest vegan Pumpkin pie you've ever made